A little Mac OS X utility I made for personal use, but thought a few others may also find it useful.

I wrote it to simplify a reoccurring need to get new music from my home music library into the external drive I use in my Model S. My library is mostly composed of Apple Lossless tracks, but also has a number of other formats as well, chiefly mp3, aac (m4a), and a few wave files. While it's easy enough to copy the whole library manually, there are a few issues that make that enough of a pain that I wanted something easier - thus this utility was created:

My intent for this project, in addition to the obvious one of make life easier with the music library management, was to use it as a testbed for different implementations as well. I wanted to do largely the same small program in Swift, Objective C, and (to the extent I could) standard and portable as possible C++ (C++14 / 17 to be more specific). I also wanted to make Windows and Linux versions with as much common code as possible, as interest and time permits. That said, I wanted to go ahead and put this out there on the off chance it may help a few other people with the same library management goals as me.

While I want to work on this as a sample project for trying out different implementations, I'll try to keep that at the development playground level and not expose that stuff in any actual releases. 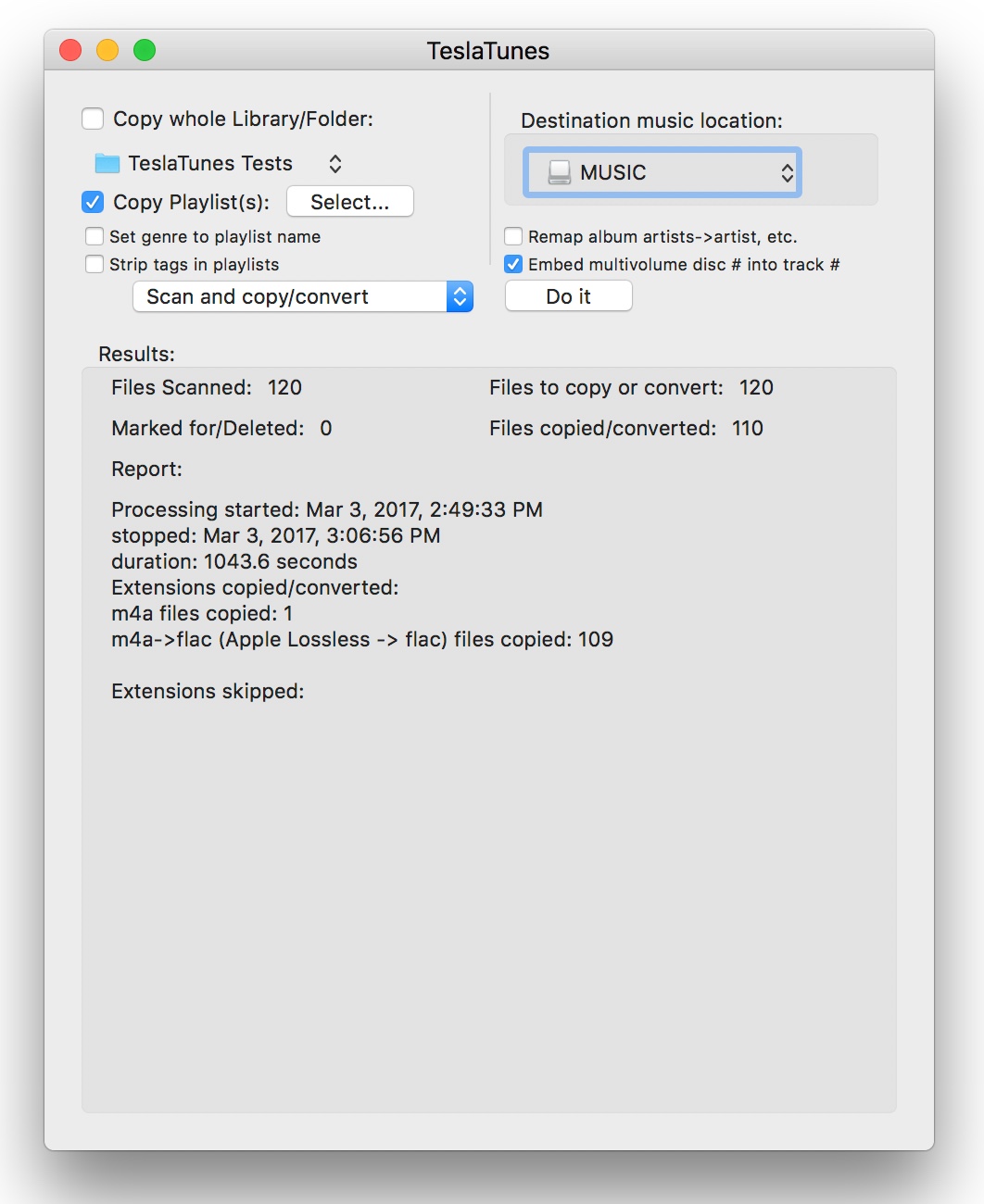